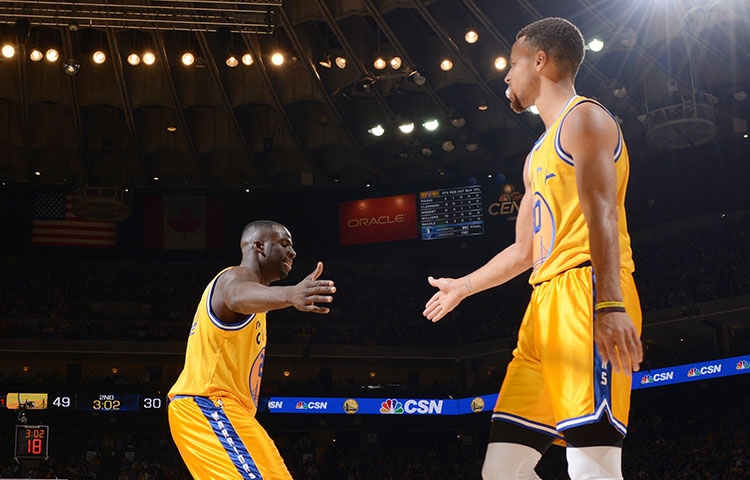 The Golden State Warriors are rewriting a lot of NBA records.

While they seems unstoppable, is it worth asking ourselves if their incredible winning streak (22-0 to open the NBA season, 26 consecutive regular season wins -counting the final 4 2014-15 games-) is the most impressive in Basketball History.

NBA Winning Streak Record belongs to the Los Angeles Lakers, whom were able to win an impressive total of 33 games in a row in the 1971-1972 season.

Lakers’ streak began on November 5th, 1971, after a 6-3 start in October. Their 110-106 win against the Baltimore Bullets meant the start of two consecutive unbeaten months, being their streak-ending-loss on January 9th, 1972, against the Milwaukee Bucks.

The 33-wins streak was the highlight of a 69-wins Regular Season, an NBA record at the time, passed only by 1995-96 Chicago Bulls (72-10 record). They went on their way to win, later that year, Franchise’s sixth NBA Title, the first one since their moving from Minneapolis to Los Angeles.

During that stretch the Lakers average an impressive 123.3 points per game, with an average win differential of 16 points.

Probably the more unbeatable of the streak, the 88 consecutive wins achieved by UCLA between 1971 and 1974 surely represents a landmark in Sports History.

With Hall of Famers like Bill Walton, Jamaal Wilkes and coach John Wooden, the Bruins were able to stay unbeaten for two consecutive NCAA seasons, dominating college basketball with a 23.2 average win margin and a tenacious defense (only 61.7 points allowed per game).

During their streak, UCLA won three NCAA Titles, which added to their previous four wins since 1967 makes a total of 7 consecutive championships, a College Basketball record.

The streak came to an end on January 19th, 1974, due to a loss to Notre Dame, the same team which UCLA had lost his last game before the streak’s start. A late 12 points lead wasn’t enough to reach win number 89, but surely Bruins’ record will stand along for decades to come.

Another historical streak straight from the 1970s is the Real Madrid 61 consecutive wins, a record for Spanish Basketball.

The astonishing Real dominion is highlighted by an incredible average winning margin of 32.8 points per game, by far the best one in the streak considered here.

Madrid’s long winning path met an end in the 1974 clasico vs Barcelona, due to… a tie.

That game in Catalunya ended 58-58, as no overtime periods were expected at the time. Real went on to win the national championship that season, alongside with the European Champions Cup.

To track the Italian record we have to travel back to February 2nd, 1964, the day when ended the historical Olimpia (Simmenthal) Milano’s 47-games winning streak.

Led by Hall of Famers Cesare Rubini and Sandro Gamba, and by Italian Legend Sandro Riminucci, Milano reacquired the dominion of National Basketball with two consecutive titles during that streak, prevailing over their historical rivals Ignis Varese.

The series ending loss, occurred at the hands of Livorno, planed out the way to Varese’s return to Italian Basketball’s throne.

Modern Era Euroleague has seen, in its brief history, a lot of great teams and amazing players. Competition is hard and it’s really tough to achieve a long winning streak.

That was the case of CSKA Moscow, able to score an impressive 18-win streak during 2006-2007 season, despite an attack under the standards of the team mentioned before (‘only’ 78.3 points per game during that stretch).

The team led by Greek legend Theo Papaloukas and coached by today’s San Antonio Spurs Assistant Coach Ettore Messina was title holder in 06-07, but their back-to-back campaign was stopped in Euroleague’s Final by Panathinaikos, making CSKA the only team between these ‘Fab Five’ to not have win their competition despite their record-streak.

It is often said that achieving an impressive winning streak to open a season means a lock on winning the title during the same season.

That was not the case for Real Madrid during the 2013-14, able to tally a 27-games winning streak to open the 2013-14 ACB season, not counting also their February triumph in Copa del Rey.

Even when Valencia put an end to the 27-games streak, few people thought that this Real was going to lose it all.

Real was dominating that season with both good offense and great defense: 87.5 PPG with an average win margin of 17.3 points per game.

But at the end it all went wrong for Pablo Laso’s team, which lost both Euroleague Final in overtime and Liga ACB title to Barcelona in 5 games.

They probably reached their peak during the 2008/09 season, after reaching the Euroleague Final Four the season before.

Siena started that season with 19 consecutive wins, an Italian Basketball record in the modern era. Their average are similar to Real’s one (90.9 PPG and 71.2 points allowed per game), but they later went on winning the title, being the streak-ending loss to Fortitudo Bologna in February 2009 Montepaschi’s lone lost game during their Italian League campaign that season.

Still in the minds of all Basketball Fans worldwide, Kentucky’s loss to Wisconsin during the last NCAA Basketball Final Four represented the end of the longest NCAA winning streak to start a season.

Calipari’s team, full of players who later were selected in the upcoming NBA Draft (between them the First overall pick Karl-Anthony Towns), started that year dreaming about the Perfect Season, something not been achieved since 1976 (Bobby Knight’s Indiana).

After a last-second win in the Elite 8 against Notre Dame, the Wildcats fell to the Wisconsin Badgers, led by Frank Kaminsky and Sam Dekker, in a heart-breaking way and said goodbye to a possible 40-games win streak.

The Russian powerhouse also detains the record for the greatest start in Euroleague history, having achieved an impressive 17-games winning streak to open their 2004-2005 Euroleague campaign.

However, their Top 16 loss to Barcelona was a sort of prelude to one of the greatest upset in Euroleague Basketball history: their Final Four Semifinal loss to Tau Ceramica Vitoria, which later lost that final to Maccabi Tel Aviv.

A lot has been written about the incredible Warriors’ winning streak, which smashed the previous record to start the season (15-0, detained by the Washington Capitols and the Houston Rockets).

While it seems like Golden State will never lose again, it’s interesting to observe how, between these 5 historical streaks, the Warriors detains the worst defense (100.2 ppg, 83.5 if we adjust it to 40 minutes), and their 14.9 ppg winning margin (12.4 adjusted to 40 minutes) is second-last only to 04-05 CSKA Moscow’s one.

Between others relevant Basketball winning streaks, we surely have to count the USA Olympic Team winning streak: the Americans stayed unbeaten for the entire first seven Olympic Games edition, from Berlin 1936 to Mexico City 1968, as they entered the Munich 1972 games to make it eight in a row.

Between Team USA and their 67th consecutive Olympic Win there was the ‘traditional’ Final against the USSR Team.

The Americans were leading 50-49 in the final seconds. The rest is history.

2015 marks the 30th anniversary of a long Basketball relationship: the one between Geno Auriemma and the Connecticut Huskies Women Team.

The Italian-born Hall of Famer has led UConn to 10 NCAA titles in the last 20 years, and was also able to surpass, with his team, the historical NCAA Basketball Record, made by John Wooden’s UCLA in the 70s, with 90 consecutive wins between November 2008 and December 2010.

The late 1980s were a Golden Era for Greek Basketball, which put itself into the European Basketball Map by winning the Gold Medal at 1987 EuroBasket and coming close to a repeat two years later, winning the Silver Medal in 1989 EuroBasket.

That historical team was led by Aris Thessaloniki’s legends Nikos Galis and Panagiotis Giannakis, whom were also able to lead their club team to an incredible 80-games winning streak between the 1985-86 and 1988-89 seasons.

Tonight (12AM, GMT) Warriors’ streak will be challenged by the Indiana Pacers, one of the most intriguing teams to watch in the NBA right now.

Maybe they will made it to 23 (and 27 overall, eventually tying the 2012-13 Miami Heat for the second longest winning streak in NBA History), but are we sure that this Warriors streak is the most impressive in Basketball History?