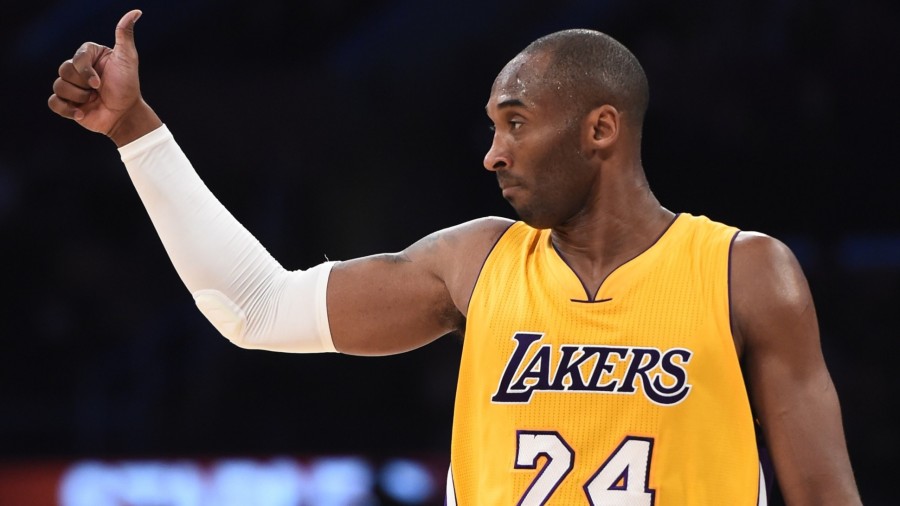 With a wonderful letter on The Players’ Tribune, NBA Legend Kobe Bryant has announced that he will retire from Basketball at the end of this season.

He has surely been a unique player in Basketball History, capable of generating a variety of strong feelings, both positive and negative. It’s hard to recall an athlete of such level able to cause both extreme loyalty or ferocious hater-ism.

His style and his legacy has influenced today’s generation of NBA Stars through their maturation as players and as adults.

Kobe has been able to win in extreme fashion but also to ‘lose loud’.

We are going to miss him, mostly because our passion for the NBA has grown up alongside his career.

I’ve admired Kobe Bryant’s career although he hasn’t been one of my favorite players.

Here are five (+1) reasons why I will miss him.

Having played the NBA Finals for 7 times (winning 5 of them), Kobe currently leads the league in this stat between active players.

From the Three-Peat to start the decade with Shaq to the Back-to-Back titles with Pau Gasol as his sidekick, but also going through the heartbreaking losses against the Pistons in 2004 and the Celtics in 2008, each one of Bryant’s career Finals Series is special in its own way.

His Finals Career Stats may not be the greatest possible (roughly 24.8 ppg, 5.5 rpg, 5.0 apg, 40.8% FG), but he was surely able to leave his indelible footprint in each one of this series.

In my humble opinion Bryant’s peak isn’t represented neither by his ‘sidekick three-peat’ or his ‘MVP back-to-back’, but by the 2005/06 NBA Season, one of the single greatest in NBA history.

It’s not only about his impressive scoring display that season (his career best 35.4 PPG that year is second only, in the last 40 NBA seasons, to Michael Jordan’s 86/87 season), but his ability to bring a less talented roster (Kobe’s main teammates were Lamar Odom and Smush Parker) one shot away from the Western Conference Semifinals.

It is also worth it to review some of that season amazing performances, first of all the 62-in-3-quarters against the eventual NBA Finalist that year Dallas Mavericks.

Before I mentioned the fact that those Lakers were one-shot-away from the Conference Semifinals. Kobe’s series against that powerful Suns team was definitely something to remember. Between all the moments, the two Game 4 clutch shots are the best highlight.

Last but surely not least… The 81 point game against the Toronto Raptors. One of those cases where you leave the images speaking for themselves.

Kobe Bryant is probably the most dedicated player of his generation.

His love for the game and his hunger to improve still are an example to young basketball players.

His career was undoubtedly marked by his rivalry with Michael Jordan, something that went on also after MJ retirement, in 2003.

His duel with His Airness is something worth it to be kept in a glass case and displayed in a museum.

Jordan’s last ASG, Atlanta 2003, might represent the most unforgettable moment of this long feud.

4. Love for the Game

To express that concept, I will go with a personal Kobe memory, from my first interview with Federico Buffa in 2013.

For English-native speakers, a good will of Kobe’s devotion for basketball is his ‘retirement poem’ on the Players’ Tribune.

Between Bryant’s fans, Italian ones deserve a distinction.

Kobe’s relationship with il Bel Paese goes through the years, to the time when his father Joe played for seven seasons the Italian Basketball League with Rieti, Reggio Calabria, Pistoia and Reggio Emilia.

It is in Italy where Kobe Bryant has learnt to play basketball, and his bond with my home country is something that goes beyond sport.

Bryant’s relationship with Italy is something quite known inside the NBA, as we can see it in one of his funniest moment in an All Star Game.

After having broken the internet with his ‘retirement poem’, last night Kobe Bryant played his first game after the retirement announce.

The atmosphere in Staples Center was more special than the usual, mainly due to Kobe’s announcement.

Fans attending tonight's Lakers game are getting this letter from Kobe. pic.twitter.com/gRSpuaKoTE

With the game being battled in crunch time, there was room to experience some bits of Yesterday’s Kobe, despite the fact he’s playing what it could be expressed as the “worst season of all time”

After this shot and a couple of free throws made by the Pacers, the stage was set for a possible Kobe Bryant Instant Classic.

But history does not always repeat itself.

But one thing is absolutely sure.

On April 13th, after a season-long farewell tour, the eyes of all basketball world will be pointed to the Staples Center in Los Angeles, where Kobe Bean Bryant will play the last (probable) game of his distinguished career.

And, in spite of these tough last seasons, it will be a moment to remember.