You don’t often have the chance to see a ‘landmark movie’ with a famous actor, and even less get to discuss about that particular film with him after the screening.

Having the possibility to attend a screening, in the amazing Regent Street Cinema (proudly owned by my University of Westminster) of Alan J. Pakula’s Masterpiece All the President’s Men presented by a really smart human being in Stanley Tucci was, without a doubt, a lifetime privilege.

“This film is shot in an incredible simple way;” – Tucci says – “we can see a lot of master shots, of wide shots, there’s a 5 minute scene about a Phone Call and it’s stunning how you don’t even realize how long the scene is.”

“What I really love about All the President’s Men are things such as the number of master shots, the incredible naturalistic behavior in acting, the overlapping of dialogues, the way people are moving in and out of frame, the very few close-ups and, over all, the fact that there is a Pace for all that. That Pace it’s just enough to keep the movie going, and it’s never melodramatic. It’s really amazing.”

Being the movie about the Watergate’s journalistic investigation by Carl Bernstein and Bob Woodward, it was a great opportunity to discuss about the relationship between Journalism and Cinema.

Besides of the big Hype I now have about Spotlight’s release in January, I, like the audience, was really interested into knowing Tucci’s opinion about today’s Journalism situation and ‘Emotive Journalism’.

“Newspapers are dying, because of television, internet, and many other reasons. That’s really unfortunate. It shocks me that there are many more newspapers here in London rather than in New York. But I do think that Investigative reporting will have a new life: we just have to figure it out what this is gonna be, how it’s going to manifest itself. These new phones, with motion cameras, are crucial. But there has to be any kind of consistency. There are so many images at our convenience right now, and I think that our senses are overwhelmed. Maybe we’re not ready for the things we have created.”

“In Journalism, but also in life, you’re not supposed to write or say anything until you’re absolutely sure. Journalism it’s not about how you feel. Look at Woodward and Bernstein in the movie: they feel that they want to tell the truth, but first they have to get it. So much Information that comes out today it’s just about how we feel. But I don’t care about how we feel. It has to be about the truth of it. It’s like people wanting some sort of assessment before somebody says something.”

There was also time to discuss about Robert Redford’s role in Cinema, something that goes beyond the simple act of filming, according to Tucci.

“Redford is really obsessed about truth, politics and the truth in politics. People always thought of him running for political seats… but it’s not something his. To me he’s not only one of the greatest actors or filmmakers, but also a visionaire. The reason why Independent Movies are having, still today, a substantial life is because Redford and Sundance. He took Independent Film and made it a commodity, an important and vital part of today’s cinema. He has probably done more for Cinema than any other actors and producers, and I think that people often don’t know or dismiss the importance of Sundance or of Redford’s work.”

I don’t know if we really, quoting Tucci, “seem to be more obsessed with Serial Killers rather than this type of movies”, but I surely agree with his principles about the Ethics of Investigative Journalism and to not be overwhelmed by our feelings while gathering sources and quotes to write or film a report.

But is there really room for the Journalism of the “Five W” in an era where it only matters “getting first”?

Is this kind Investigative Journalism something fated to be portrayed in movies instead of being referred or relived every day? 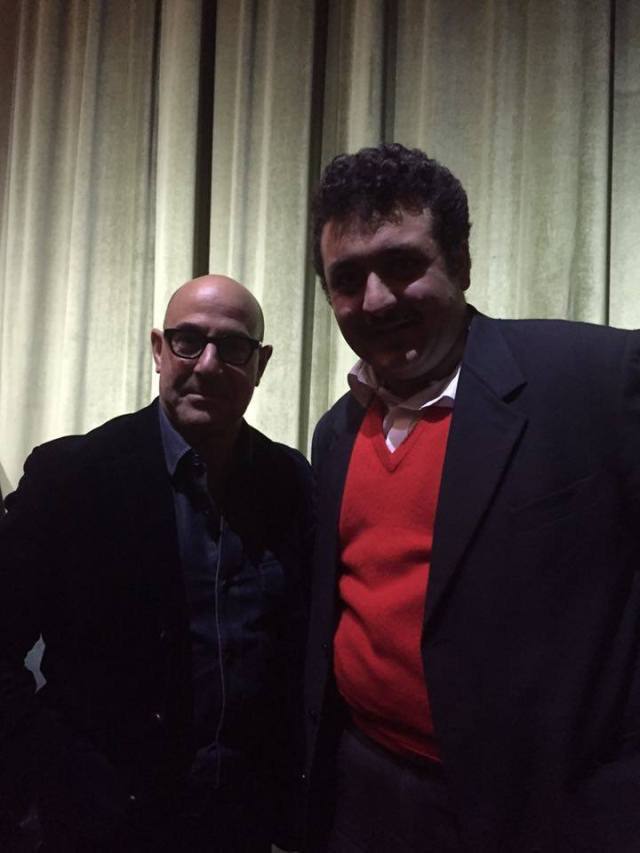